Magnetooptical trap MiniMOT ™ is a compact equipment, including vacuum cell with a vacuum pump, the dispenser of rubidium atoms, the magnetic coils, electronics and optical elements for creating a magneto-optical trap (MOT). MOT is a major instrument in most experiments with cold atoms. 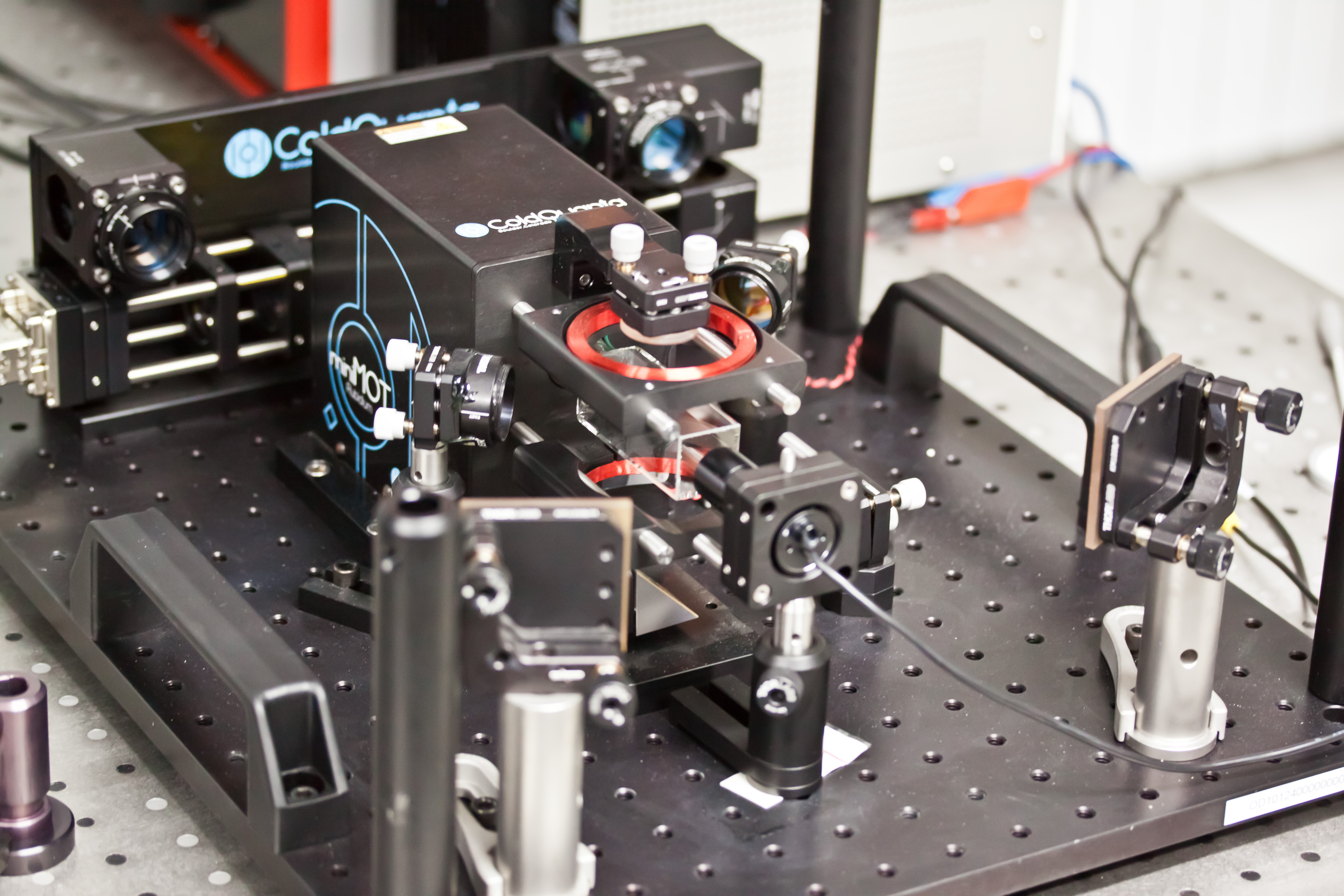 - feedback based digital controller for control, stabilization, synchronization and analysis of DigiLock 110 lasers

The operating principle of a magneto-optical trap

The operating principle of magneto-optical (MOL) is based on a combination of laser cooling in the configuration of the three pairs of counter laser beams and linear inhomogeneous magnetic field produced by a pair of Helmholtz coils in configuration with reverse currents (Figure). The laser field provides the friction force, which depends on the speed of atoms and leads to cooling, and the magnetic field creates a restoring force, which depends on the position of the atoms. 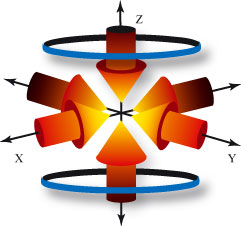 Laser cooling is based on the effect of radiation pressure force resulting from the transfer of momentum ħk light from the light wave to an atom in the absorption and subsequent spontaneous emission cycle. It is obvious that the deceleration of the atom would occur as a result of interaction with the counterpropagating wave. In addition, it must be noted that the absorption of laser radiation by an atom depends on the detuning frequency of the atomic transition and laser, resulting from the Doppler effect and from the velocity of the atom. Thus, the cooling of atoms in one spatial direction is achieved in the field of two counterpropagating laser waves detuned below the frequency of the atomic transition (red detuning).

Note that the cooling is achieved by a large number of "absorption-spontaneous emission" cycles. This means that for the realization of laser cooling an atom must have a special scheme of levels, such that after the "absorption-emission" cycle an atom always returned to its initial state. 85Rb atoms, for example, possess such closed transition between 5S1/2F=3 and 5P3/2F=4 states (Figure 3 (a) and (b)). The transitions from the excited state to the state 5P1/2 are forbidden by parity, and for the decay in the state 5S1/2 F=2 a change in the angular momentum of -2 is needed, and this requires more than one photon (Figure 3 (c) and (d)). However, since the cooling requires detuning of the laser frequency from the atomic transition, there is some probability of the atom excitation in the state 5P3/2F=3 (once in every 1000 cycles). If an atom is excited in this state, it can decompose into the state 5S1/2F=3 or "dark" state 5S1/2F=2. In the latter case, the atom ceases to make cycling transitions and cooling ends. To continue the cooling, an additional overpumping laser  resonant to the transition 5S1/2F=2 → 5P3/2F=3 must be used. 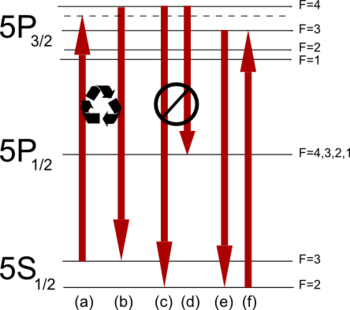 Taking into account the multilevel of atoms, radiation pressure force can be spatially modulated using circular polarized light and magnetic field gradient generated by two coils. Consider an example of one-dimensional trap (Figure 4). It consists of two counterpropagating laser beams with opposite circular polarizations, interacting with the transition between levels with Jg = 0 and Je = 1. In addition, the static magnetic field influences on atoms; the magnitude of this field is proportional to the distance x from the center of the trap x=0: B = bx. 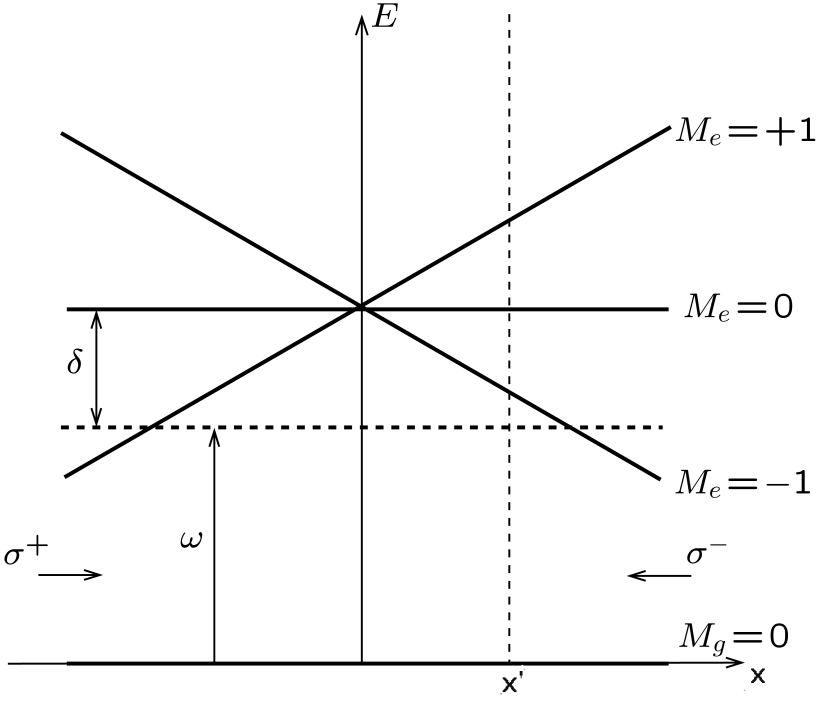 Figure 4 – an example of one-dimensional trap

Let at zero magnetic field laser fields detuned on the value of d lower than the atomic transition between levels Jg = 0 and Je = 1. In a magnetic field atomic levels split and shift (the Zeeman effect). As a result, Je = 1 level splits into three sublevels with Me = 0 and Me = ± 1. In the region where x> 0, and B> 0, Me = +1 level shifts up, while the Me = -1 level shifts down. To the left of center of the trap, the opposite pattern is obtained. Thus, at the point x + right from the trap center the magnetic field adjusts closer to the resonance transition with DM = -1, and the transition with DM = +1 is detuned further from resonance.

In order to capture the atoms at the center of the trap, where the magnetic field is zero, it is necessary to organize the interaction between the atoms and a laser field so that the field pushes them in the direction of x = 0.

MOL provides preliminary cooling of the atoms ensemble to produce Bose-Einstein condensates and degenerated Fermi gases, for precision spectroscopy and frequency standards based on atomic fountain. Despite significant progress in the cooling of atomic gases cooling problem of the complex particles ensembles remains relevant. In connection with this fact, the search for universal cooling methods which do not depend on the inner structure of particles is conducted. Particularly, the use of a feedback method based on measuring the reverse Bragg scattering signal is very perspective [J. Phys. B 47, 135303 (2014); JETP Lett. 100, 536 (2014); JETP (2015)]. At the method design stage it is reasonable to use atoms as test particles, preliminary cooled in the MOT. Such application of the MOT, available in the Center for Optical and Laser Materials Research, is supposed, for example, in the project 11.38.640.2013 within the Event 2.