The impact of doping concentration on structure and photoluminescence of Lu2O3:Eu3+ nanocrystals 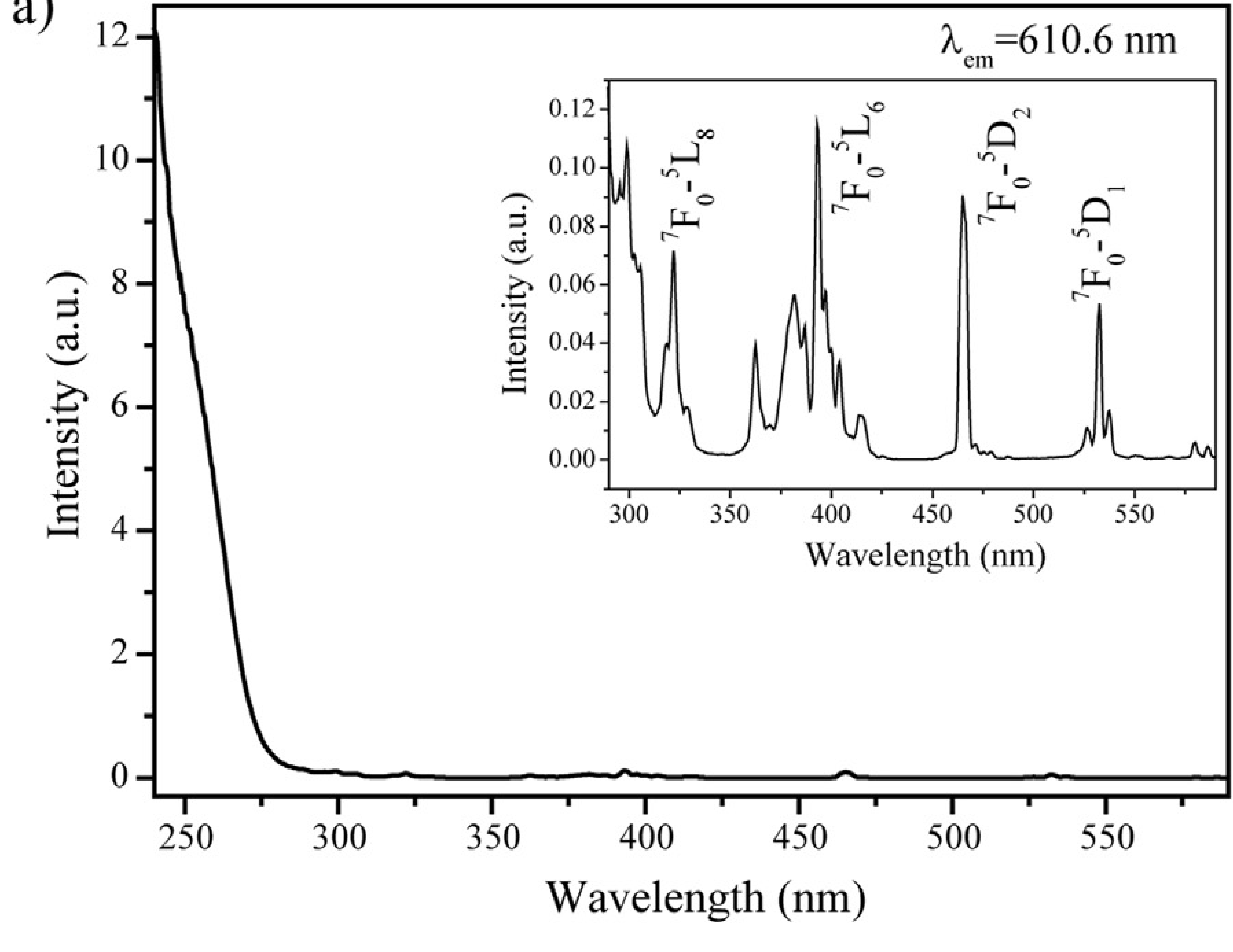 Cubic Eu3+-doped Lu2O3 nanocrystals were synthesized via combined Pechini foaming method. Doping concentration effect on the structural and luminescence properties was studied. It was found that the increase of Eu3+ concentration leads to the growth of unit cell parameters and red shift of Raman lines. The optimal doping concentration and shape of emission lines were studied upon different excitation mechanism. Radiative and nonradiative transition rates and Judd-Ofelt parameters were calculated using the model of 4f–4f intensity theory. The type of multipolar interaction resulting in luminescence concentration quenching was determined. 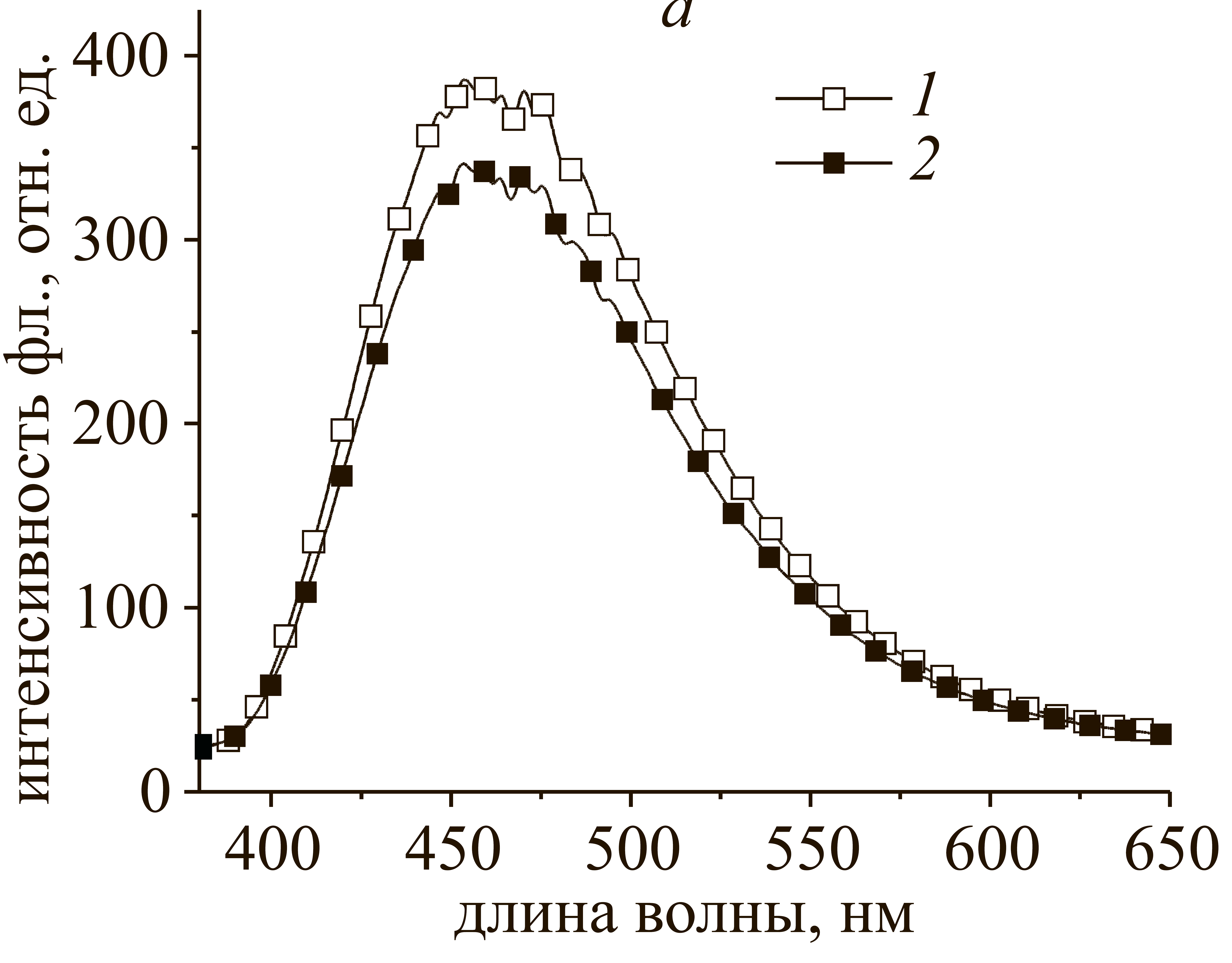 Effect of triethanolamine (TEA) on high molecular calf thymus DNA in aqueous solution was studied by fluorescent spectroscopy and viscometry. It was shown that TEA prevents the interaction of the fluorescent dye DAPI with phosphate groups, but does not affect binding of the dye to the minor groove of DNA. The presence of TEA in solution does not induce any changes in the secondary structure of DNA. We estimated the decrease of the volume of DNA molecular coil in solution, which is induced by TEA. The destruction of DNA—surfactant complexes formed in solution was observed after the addition of TEA. 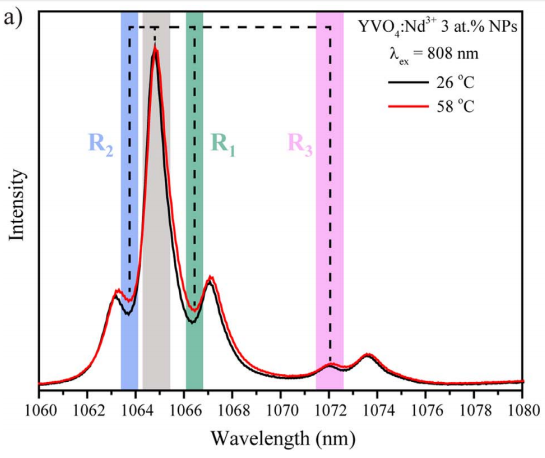 Accurate luminescence thermal sensing using nanophosphors that operate within biological windows is of great interest in bio- and nanomedicine. Here, we show that Nd3+-doped YVO4 NPs can act as nanothermometers in the second biological window upon 808 nm excitation. Significant enhancement of thermal sensitivity and temperature resolution was achieved by optimal choice of wavelengths for ratiometric thermal calibration. It was concluded that thermal calibration should be calculated using integral intensities. The obtained temperature uncertainty together with the emission and excitation lying in the biological windows open the venue to the possible application of Nd3+-doped YVO4 NPs for real time sub-tissue luminescence thermal sensing with a subdegree resolution.

02.06.2017 a delegation of the Harbin Polytechnic University visited the RC OLMIV

On June 2, 2017, the delegation of the Harbin Polytechnic University visited the RC OLMIV, accompanied by the director of the SPSU Research park Mikushev S.V.

Members of the delegation:

- Mei Wenzhang (head of the department for work with Russia and CIS countries).

In the conclusion of the meeting prof. Tunik S.P. spoke to the guests about the work of his scientific group.

Using the laser ablation method, AgI stoichiometric compound films, (GeSe2)30(Sb2Se3)30(AgI)40 glass films, and films comprised of alternating layers of AgI and the glass were obtained. Individual layer thickness amounts to 10 nm, and the total number of layers is about 100. Film conductivity measurements were carried out during several cycles of heating up to 200 °C and cooling to room temperature. It was established that after three cycles of thermal processing specific lateral conductivity of the film is equal to 0.3 S cm−1 and conductivity activation energy is equal to 0.07 eV at room temperature.