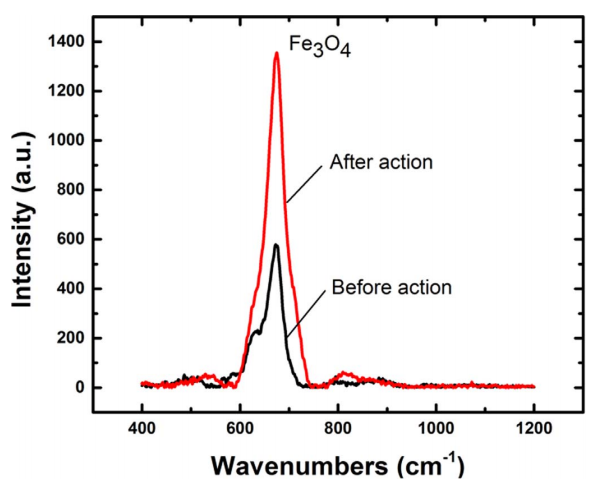 In this work, we studied a method of laser-induced coloration of metals, where small-scale spatially periodic structures play a key role in the process of color formation. The formation of such structures on a surface of AISI 304 stainless steel was demonstrated for the 1.06 µm fiber laser with nanosecond duration of pulses and random (elliptical) polarization. The color of the surface depends on the period, height and orientation of periodic surface structures. Adjustment of the polarization of the laser radiation or change of laser incidence angle can be used to control the orientation of the structures. The formation of markings that change their color under the different viewing angles becomes possible. The potential application of the method is metal product protection against falsification. 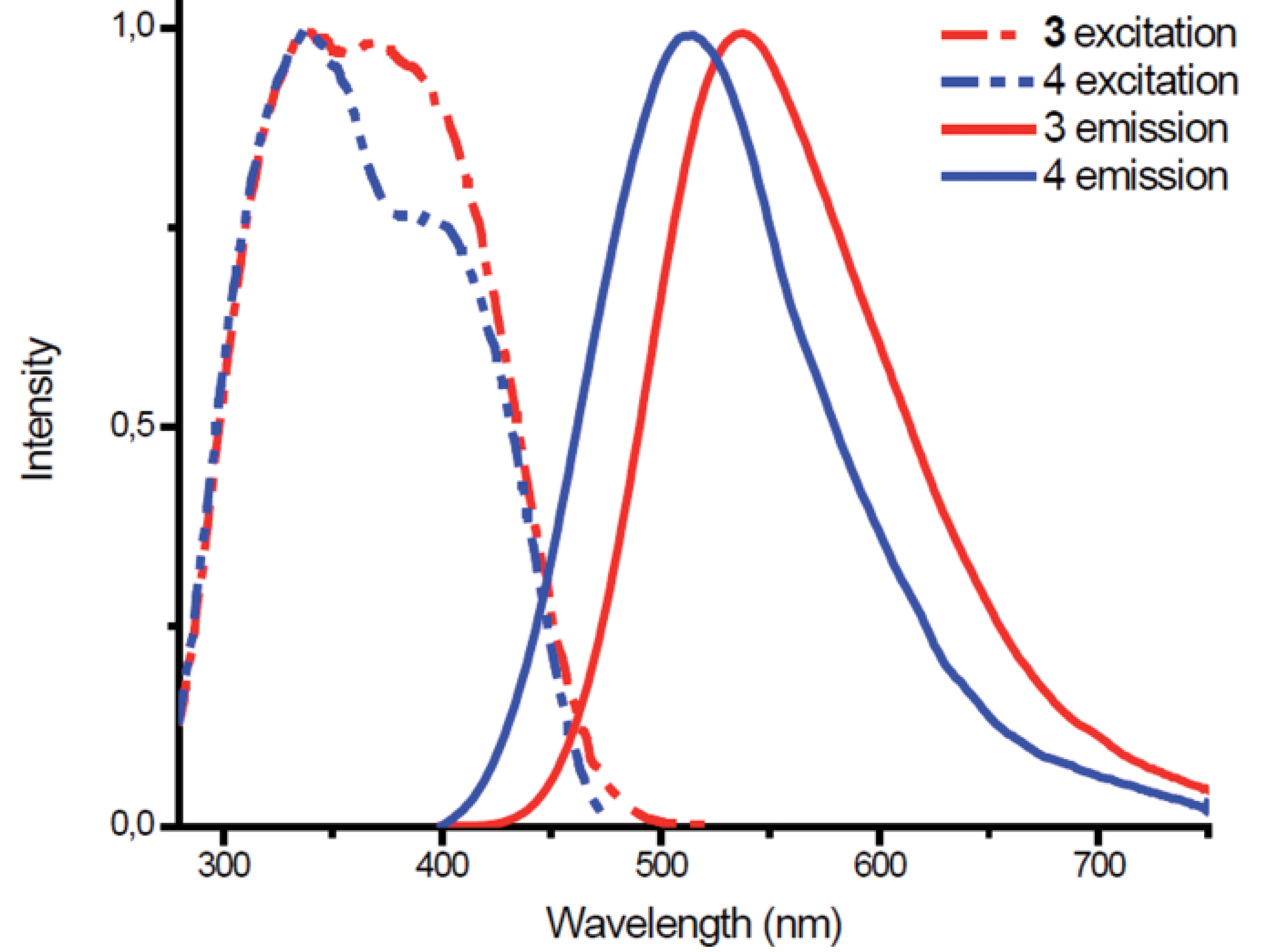 1,5-bis(R)-3,7-bis[2-(pyridine-2’_-yl)ethyl)-1,5-diaza-3,7-diphosphacyclooctanes 1 and 2 and their copper(I) complexes 3 and 4 were developed. The butterfly-shaped copper-iodide core and unusual P,N-chelate and P,P-bridged coordination mode of the heterocyclic ligand in the dinuclear complexes 3 and 4 were revealed. Complexes 3 and 4 display emission in green range of spectra, with lifetimes in a microsecond domain and quantum yields of luminescence in solid-state up to 38%. Thermochromic effects found for the phosphorescence of 4 in solutions are ascribed to rigidochromism.

Formation of oriented LaF3 and LaF3:Eu3+ nanocrystals at the gas − solution interface 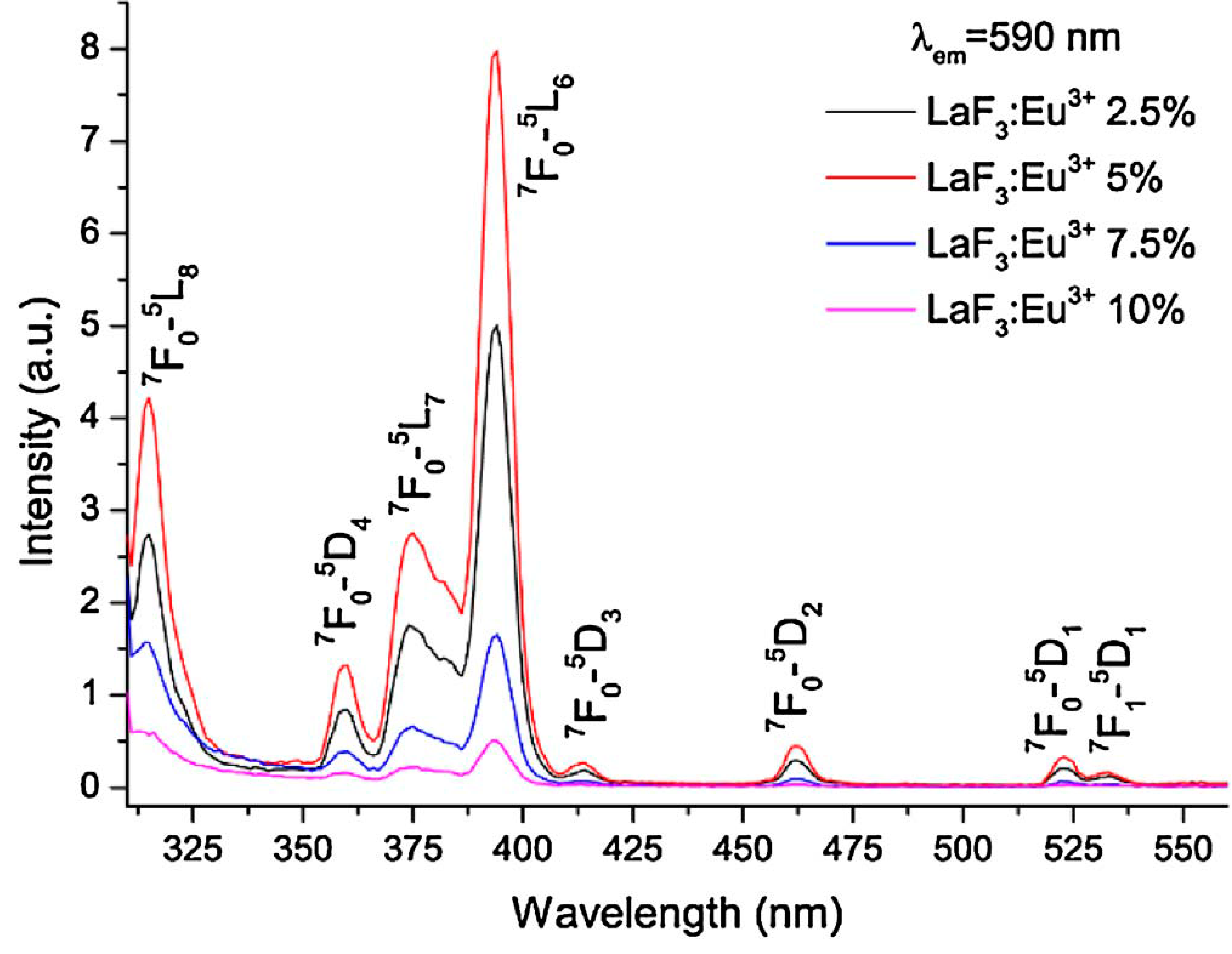 The LaF3 film formed by c-axis oriented uniform-size nanocrystals with diameter of about 400 nm was obtained on the surface of La(NO3)3 solution in 1 M HNO3 by interfacial reaction with HF in the gas medium. The effect of solution acidity on the layer morphology is reported. The film formed by LaF3:Eu3+ oriented nanocrystals with radial compositional gradient has been prepared in a similar way. The synthesized crystals were characterized by SEM, TEM, HRTEM, EPMA, TEM-EDX mapping, XRD analysis, Raman and luminescent spectroscopy. The LaF3:Eu3+ doped nanocrystals can potentially be used as luminescent material.

Linking Re(I) and Pt(II) chromophores with aminopyridines: a simple route to achieve a complicated photophysical behavior 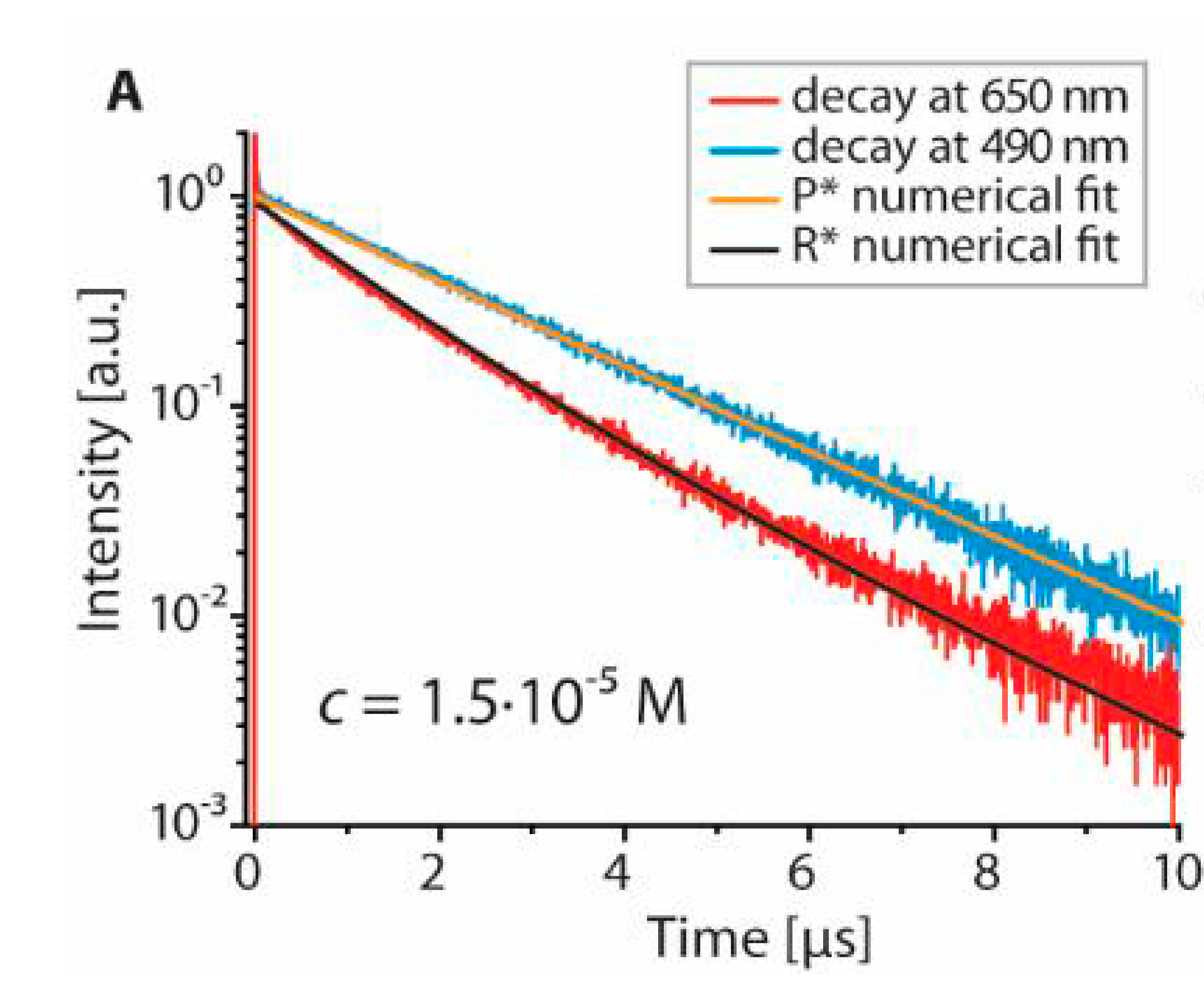 The bifunctional aminopyridine ligands H2N–(CH2)n–4–C5H4N (n = 0, L1; 1, L2; 2, L3) have been utilized for the preparation of rhenium complexes [Re(phen)(CO)3(L1–L3)]+ (1–3). 2 and 3 with NH2-coordinated L2/L3 were coupled with cycloplatinated motifs {Pt(ppy)Cl} and {Pt(dpyb)}+ to give the bimetallic species [Re(phen)(CO)3(μ-L2/L3)Pt(ppy)Cl]+ (4, 6) and [Re(phen)(CO)3(μ-L2/L3)Pt(dpyb)]2+ (5, 7). In solution, complexes 4 and 6 show 3MLCT{Re}-based emission at 298 K, which changes the parentage to 3IL(ppy) state at 77 K. The photophysical properties of compounds 5 and 7 display a pronounced concentration dependence presumably due to the formation of bimolecular aggregates. Analysis of the spectroscopic data, combined with TD-DFT simulations, suggest that the unconventional heteroleptic {Re(phen)}…{Pt(dpyb)} π-π stacking operates as a driving force for the ground state association. The latter, together with intra- and intermolecular energy transfer processes, determines the appearance of multiple emission bands and results in nonlinear relaxation kinetics of the excited states. 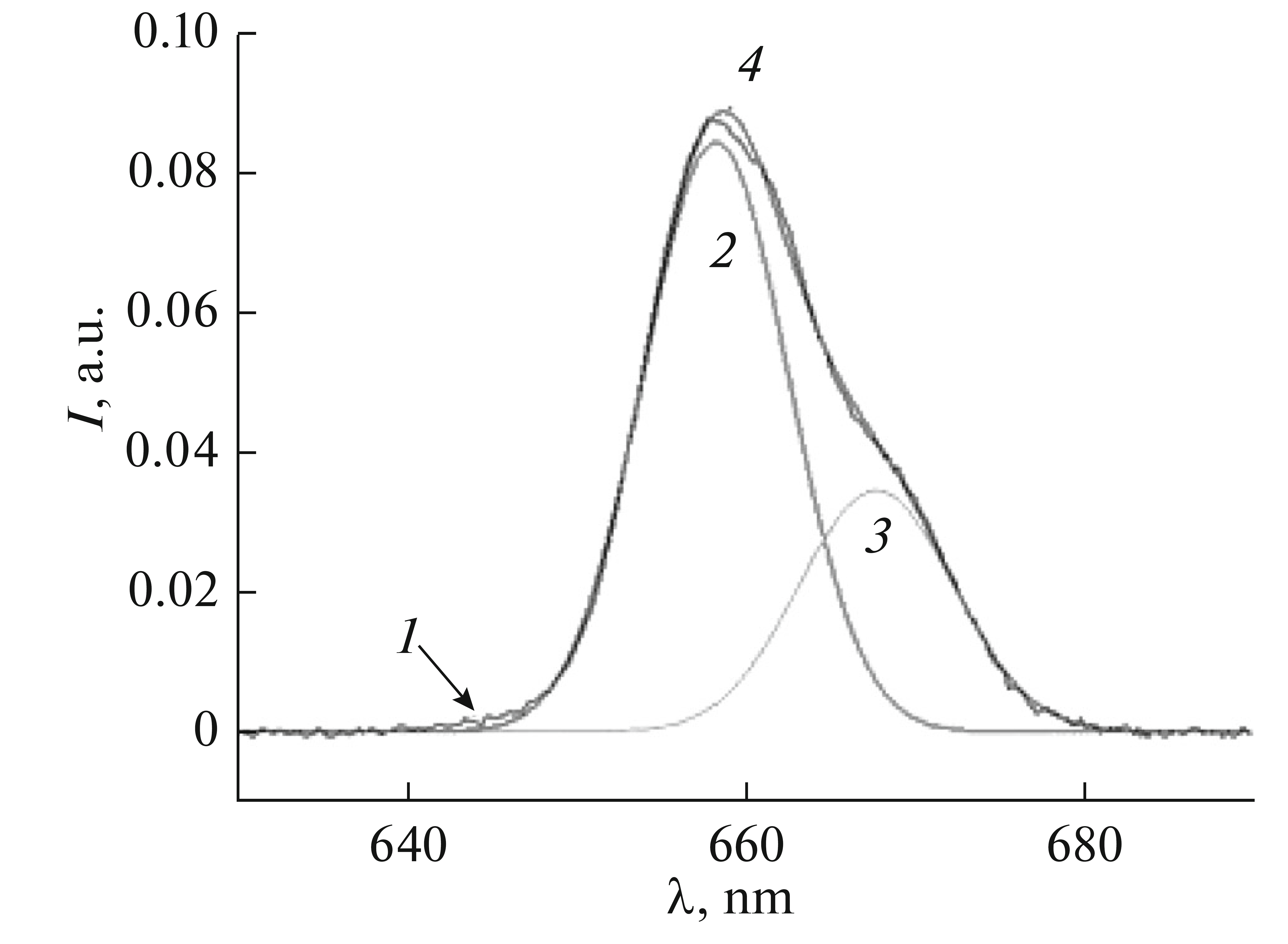 For chalcogenide glasses in the system (1 – x)[0.15Ga2S3 · 0.85GeS2]·xEr2S3, the absorption and luminescence spectra are investigated and the X-ray diffraction analysis is performed. A small shift in the position of the erbium absorption band with the increase of its content in the glass indicates the decrease of the effective charge on it, while the negligible changes in the angle position of the first sharp diffraction peak points to the constancy of the glass’s intermediate-order parameter. The possibility of describing the dependence of the intensity of erbium luminescence on its concentration using the earlier suggested equation has been discussed.