Larger particles in Brownian motion have smaller rate than smaller. The scattered light from the particles is detected as a signal to the fluctuations corresponding to speeds of Brownian motion of particles. The resulting signal is analyzed using correlation spectroscopy, the autocorrelation function is calculated and based on this construction the particle size distribution. The relationship between the autocorrelation function and the diameter of the nanoparticles: 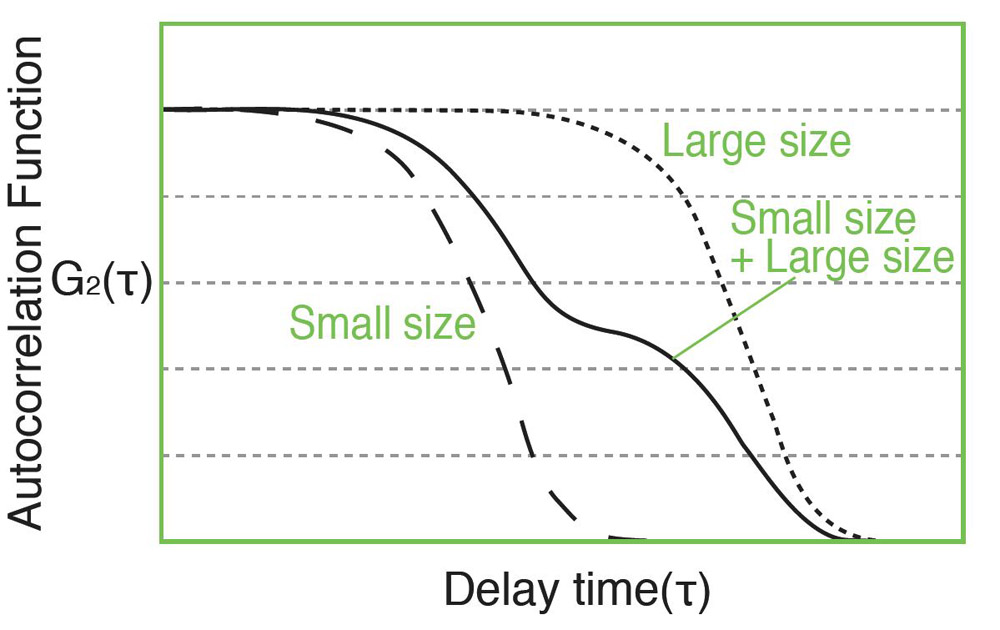 Many nanoparticles or colloidal particles have a surface charge when they are suspension. When an electric field is applied, the particles move due to the interaction between the charged particle and applied field. The direction and velocity of the motion is a function of particle charge, the suspending medium, and the electric field strength. Particle velocity is then measured by observing the Doppler shift in the scattered light. The particle velocity is proportional to the electrical potential of the particle at the shear plane which is zeta potential. Thus, this optical measurement of the particle motion under an applied field can be used to the determine zeta potential. 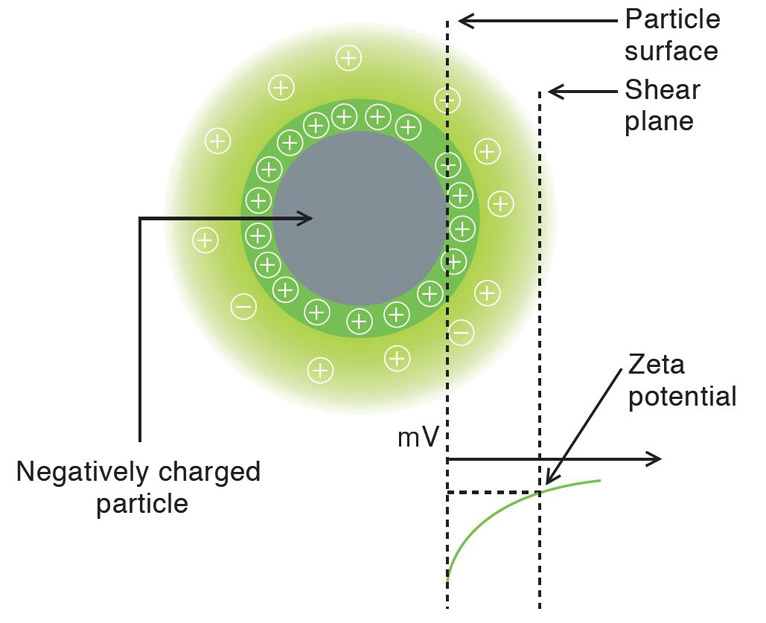 The following equation is used for the relationship between the calculated electrical mobility and zeta potential. 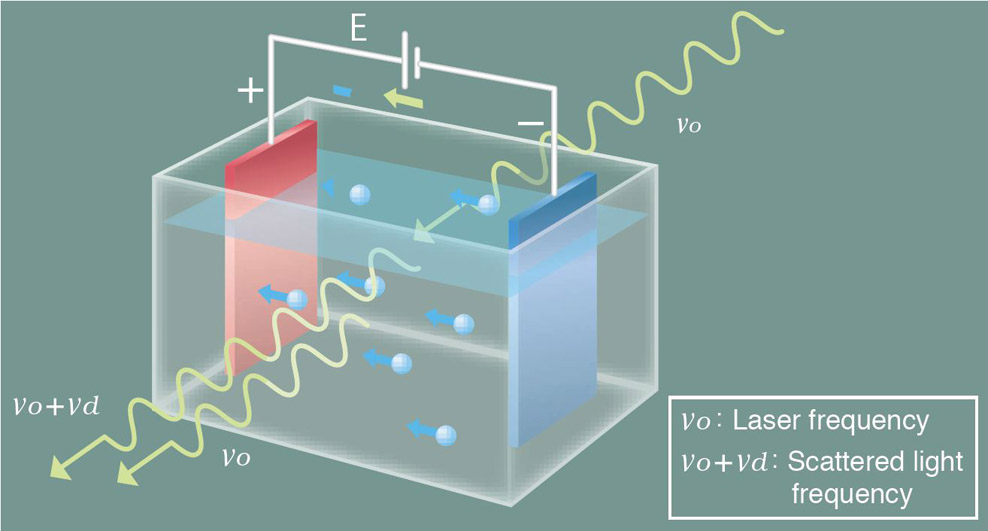 Absorption spectroscopy is used to obtain the absorption spectra (transmission), diffuse scattering and measurement of the optical density of matter in different states of aggregation in the ultraviolet, visible and near-infrared regions of the spectrum. This method is used to the vast majority of information about the structure of the material at the atomic and molecular level, how atoms and molecules behave when combined in condensed matter. Feature of optical spectroscopy compared to other types of spectroscopy is most structurally organized matter (larger atoms) interacts resonantly with the electromagnetic field in an optical frequency range. Therefore, optical spectroscopy is widely used for studying matter.

- qualitative and quantitative analysis of the substance on the changes in the position, intensity and shape of the absorption bands;

- measurement of the reflectance spectra of samples;

Being a fairly simple and straightforward technique, absorption spectroscopy can give important information about the spatial structure of nano-objects. 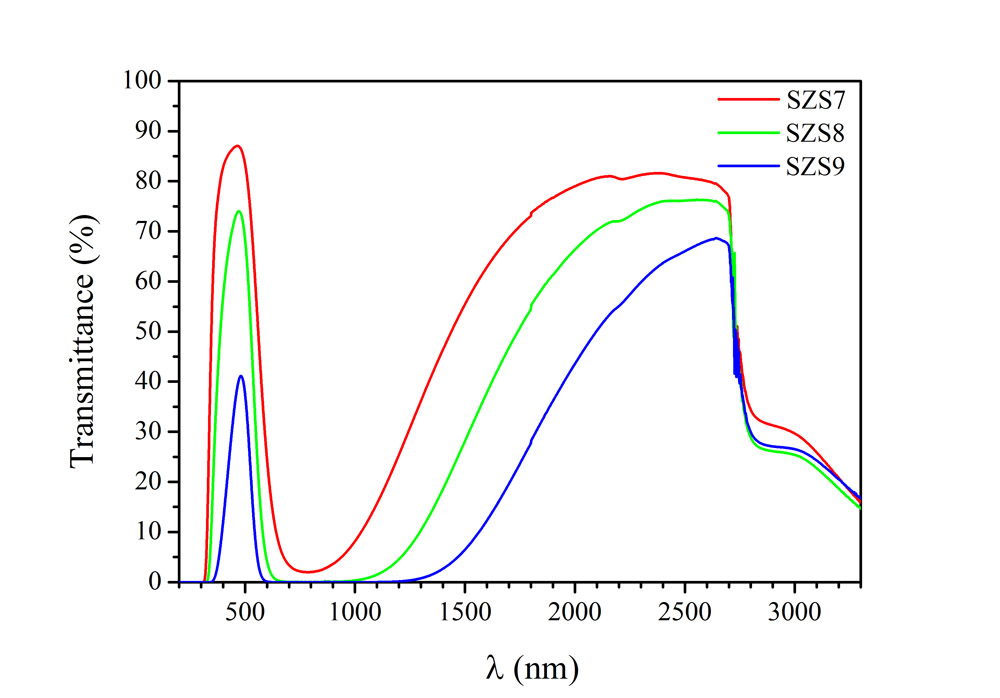 Luminescence methods include studies using fluorescence and phosphorescence. Fluorescent measuring are the most widely used as methods for analysis and monitoring of chemical and biochemical reactions and kinetic studies for the fast reactions of electron-excited molecules.

Applications of luminescence spectroscopy for analytical purposes embrace identification of substances, detection of low concentrations of substances, control the changes of studied matter, determination the purity of compounds. Also luminescence studies are used to measure kinetics of conventional chemical reactions. The high sensitivity allows detecting the small degree of substances conversion and sometimes it is possible to establish the mechanism of chemical reaction. 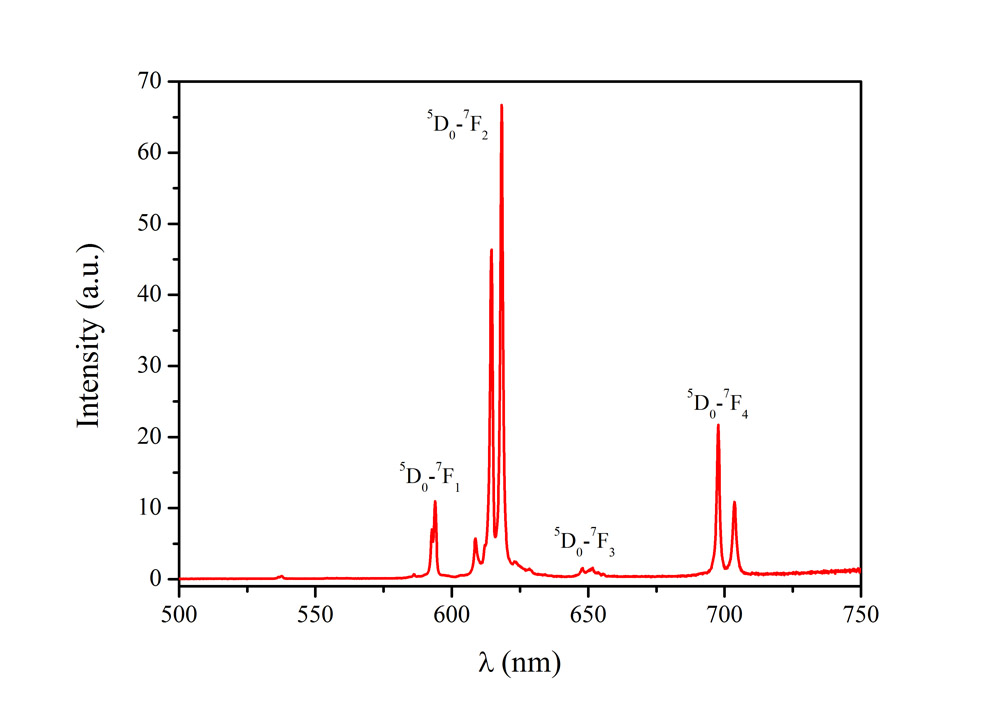 FT-IR spectroscopy (FT-IR) is a well-known and proven technology for analysis and identification of unknown chemicals. The method is based on a microscopic interaction between infrared light and a chemical substance by a process of absorption and results in a set of ranges, called the spectrum (the spectrum is unique for chemical substance and serves as a "molecular fingerprint"). Despite the fact that FT-IR - is widely applicable method, it uses the analysis of the chemical substances’ intrinsic properties, thanks to that FT-IR is very suitable for comparison with the spectral library. With the use of an extensive database, the comparison with the spectral library makes it possible to quickly identify thousands of chemicals on the base of their unique "molecular fingerprint".

Besides the absorption is the characteristic of the individual groups of atoms, its intensity is directly proportional to their concentration. Thus, by measuring the absorption intensity after a simple calculation provides the amount of this component in the sample.

In their capability method is almost universal. FTIR spectroscopy is used for determining the content of organic and inorganic substances and compounds in solid, liquid and gaseous samples (foods, soil, metals and their alloys, polymers, etc.). 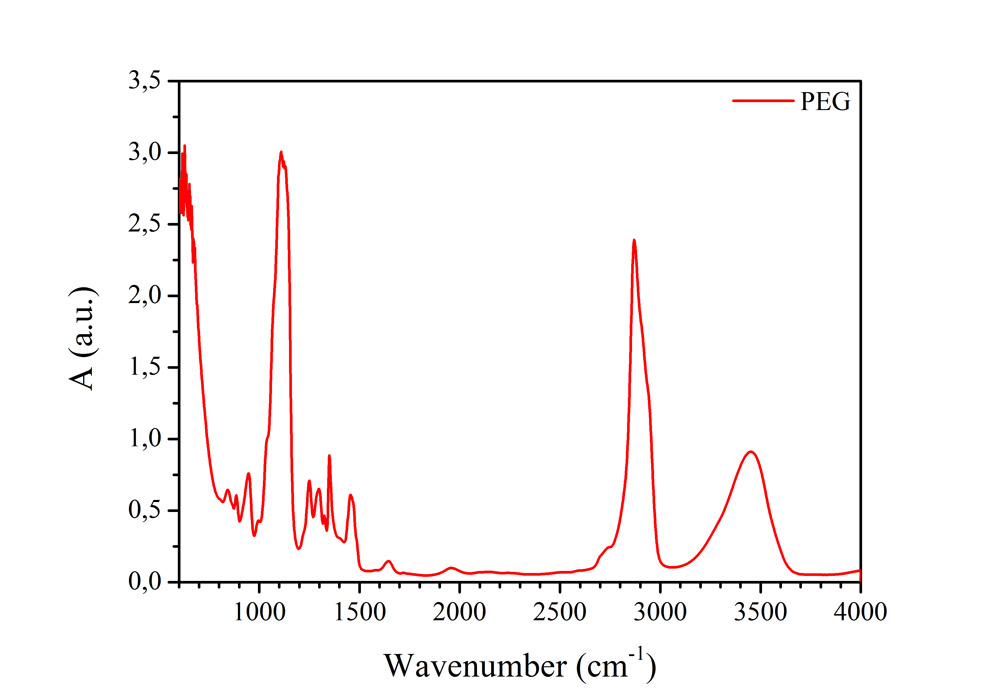 The absorption spectrum of the polyethylene glycol, filmed by FT-IR spectrometer Nicolet 8700