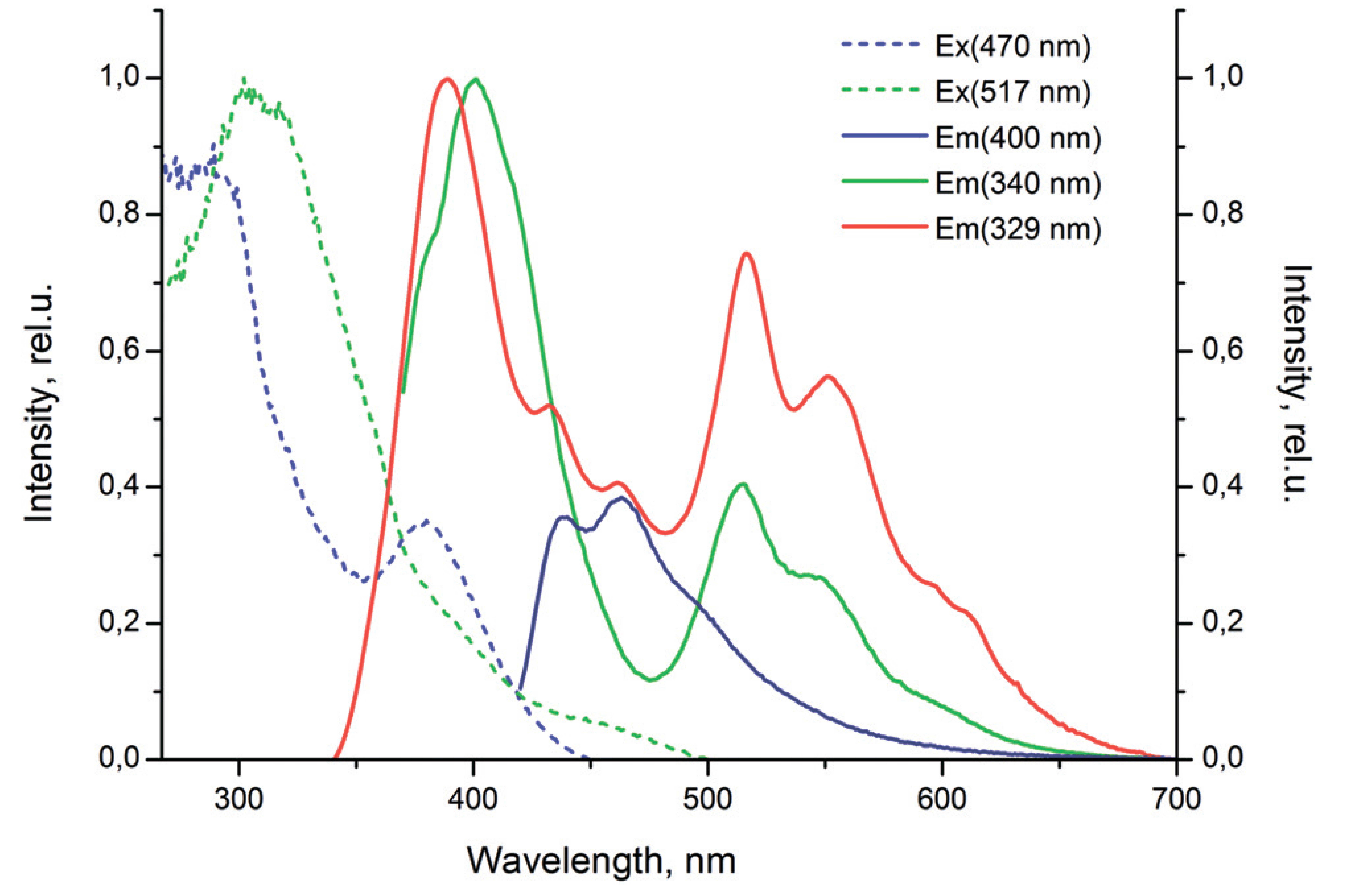 A rational approach to the synthesis of cage-like compounds has been realized to build a new family of sulfido-phosphane Au(I) polynuclear complexes. Ditopic phosphane ligands with an extended aromatic system were used to obtain cage compounds with a clearly determined geometry. Au(I) complexes have been fully characterised in solution using spectroscopy methods, and DFT optimisation of the molecular structure gives additional arguments in favour of the suggested structural patterns. All complexes obtained are luminescent in solution and in the solid state, and display multiple emissions with an unusual combination of two phosphorescence bands and one fluorescence band. DFT calculations show that multiple emissions were mainly determined by 1IL and metal perturbed 3IL transitions. The ratio of singlet and triplet emission components depends on the distance between the ligand chromophoric centre and Au(I). 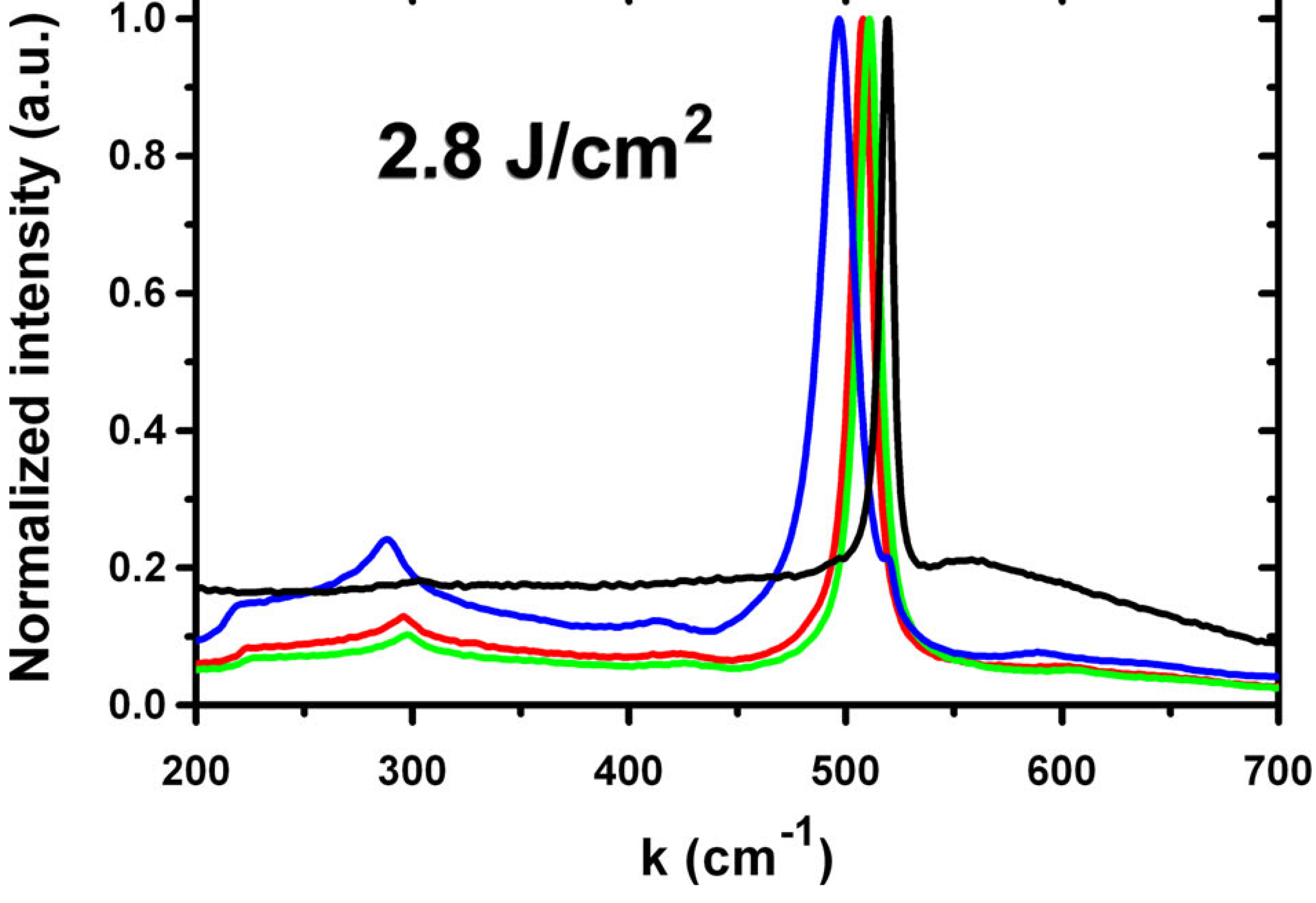 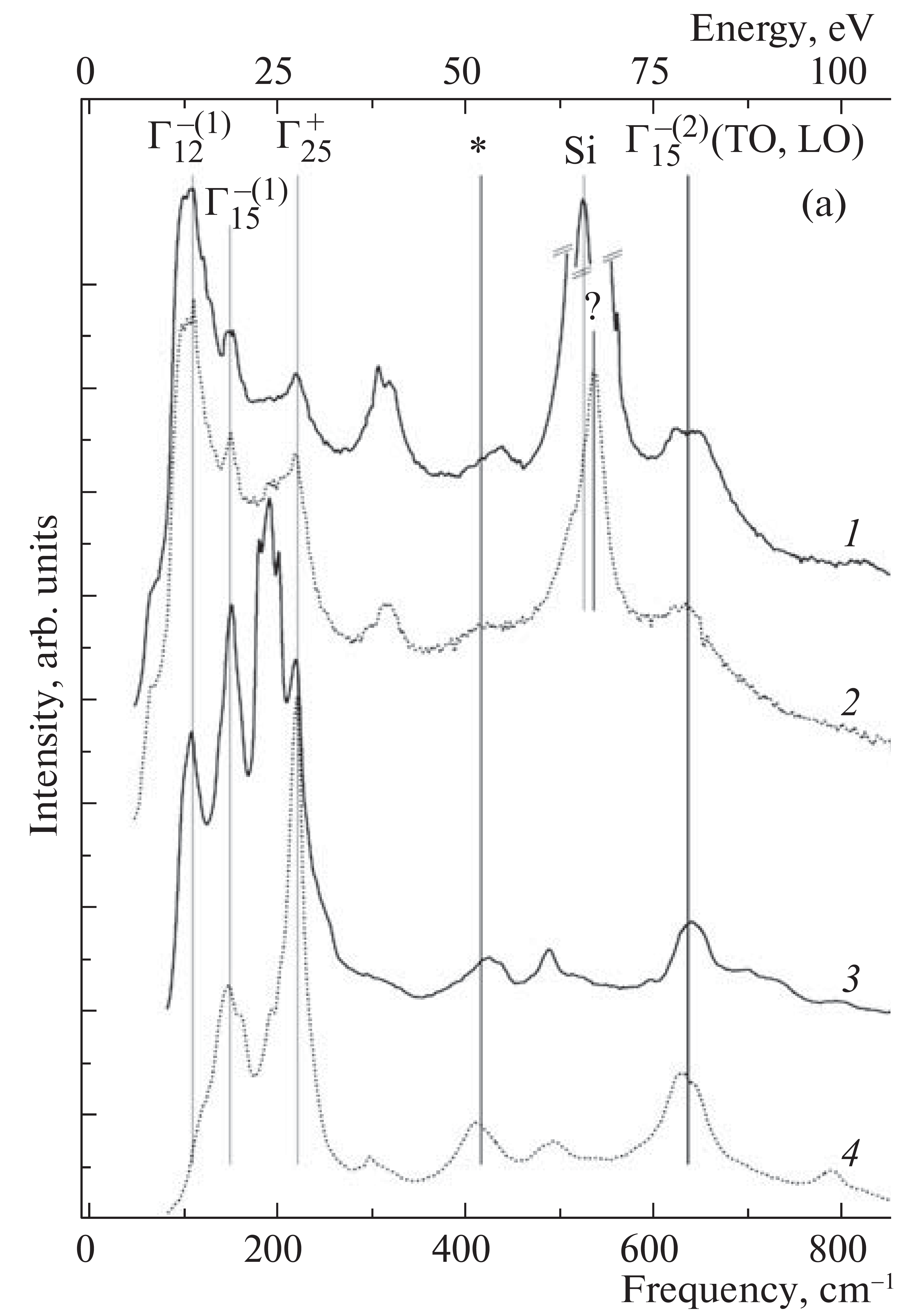 Nanoscale copper (I) oxide layers are formed by magnetron-assisted sputtering onto glassy and silicon substrates in an oxygen-free environment at room temperature, and the structural and optical properties of the layers are studied. It is shown that copper oxide formed on a silicon substrate exhibits a lower degree of disorder than that formed on a glassy substrate, which is supported by the observation of a higher intensity and a smaller half-width of reflections in the diffraction pattern. The highest intensity of reflections in the diffraction pattern is observed for Cu2O films grown on silicon at a magnetron power of 150 W. The absorption and transmittance spectra of these Cu2O films are in agreement with the well-known spectra of bulk crystals. In the Raman spectra of the films, phonons inherent in the crystal lattice of cubic Cu2O crystals are identified. 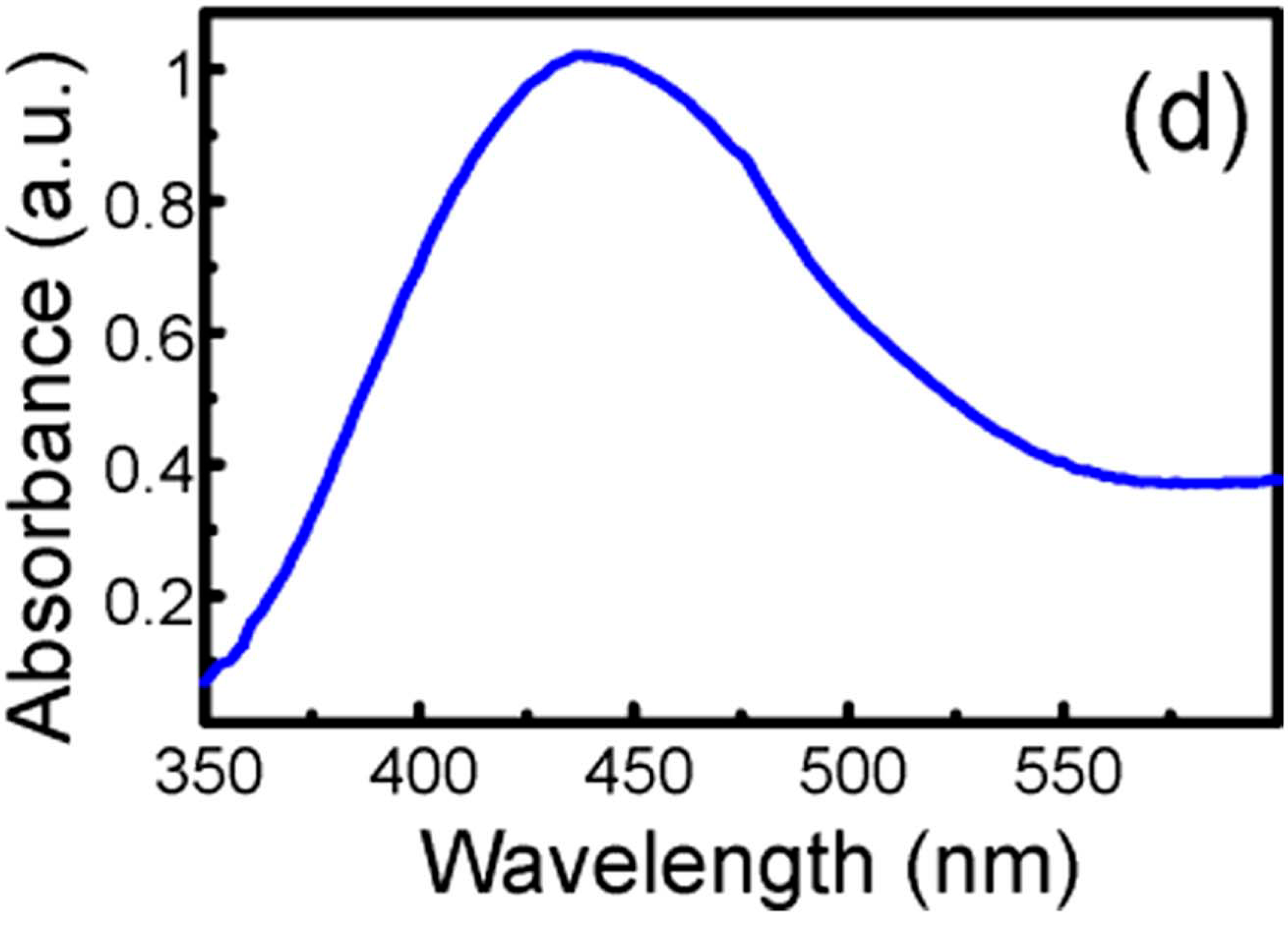 We present an original type of model electrode system consisting of bimetallic Au–Ag nanoparticles embedded in an amorphous carbon matrix with an extremely well-defined geometry of parallel, straight, cylindrical macropores. The samples are prepared in one step by direct laser deposition of the metal/carbon composite onto the inner walls of a porous ‘anodic’ alumina matrix serving as a template. The coating is homogeneous from top to bottom of the pores, and the amount of material deposited can be tuned by the duration of the deposition procedure. As a test system, we demonstrate that a bimetallic Ag–Au@C system is catalytically active for the electrochemical oxidation of glucose in alkaline solution, the anodic reaction of a direct glucose fuel cell. Furthermore, the electrocatalytic current density increases with the amount of Ag–Au@C NPs deposited, up to a point at which the pores are clogged with it. This type of model system allows for the systematic study of geometric effects in fuel cell electrodes. It can be generalized to a number of different nanoparticle compositions, and thereby, to various electrocatalytic reactions. 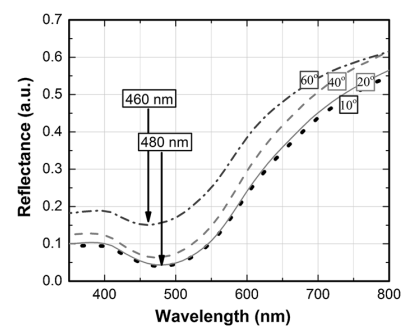 A comparison of oxide films formed on the stainless steel surface during laser and furnace heating is presented. Obtained samples were examined by optical and scanning electron microscopy. In order to characterize the optical properties, reflection spectra within the wavelength range 190–900 nm were measured with a spectrophotometer equipped with the integrating sphere for incidence angles from 0 to 60. The topology of obtained oxide films was characterized by scanning probe microscopy. Due to light interference in produced films, the coloration of treated area is observed. It was found that there is no change in the characteristic appearance of reflectance spectra at different light incidence angles, but a blue-shift occurs especially for the case of laser-induced films, which results in a visible change of surface color. This effect is associated with an interference character of originating color and features of surface relief under an oxide film.